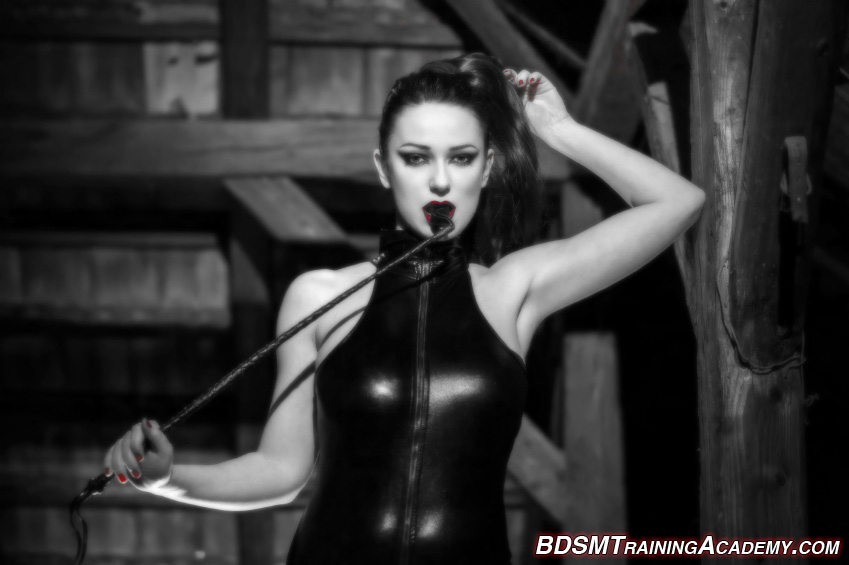 More and more women these days want to become dominant in the relationship. The problem is while you might feel a strong urge to Dominate your partner you don’t know how to start. Some Dominant women believe that it should come naturally and that you will learn as you go. This is a big mistake.

Would you ever trust a surgeon who just learned on the job? Probably not. In fact you probably wouldn’t want to go near that surgeon when they have a knife in their hands. With no education they wouldn’t even understand basic anatomy or surgical cleansing standards. Yes experience is invaluable but every surgeon must learn important basics before they can pick up that knife. Nobody trusts a surgeon who has not received a proper education.

With such an extreme allergic reaction to latex and covered from head to toe in this latex suit it did not take long for his body to begin to react. The pain he was in must have been excruciating. He begged and pleaded as best he could but since he was tied down and gagged there was no way for him to communicate.

What Mistakes Did She Make

>> They did not have a clear defined safeword to end the session when it became too much for the submissive.

>> The safeword didn’t really matter because he had no way of calling it out in the first place. Never ever gag or hood someone you have never played with before. If the submissive had not been gagged or hooded he would have been able to call out his safeword and explained clearly to the Dominatrix that he was having an allergic reaction or that something was extremely wrong. They could have taken him out of the suit and rushed him to the hospital immediately. Instead she just kept playing thinking everything was fine and this was exactly what he wanted.

>> Not once did she ever stop to check in with her sub to make sure everything was ok. As the Dominant you must look out for you and your submissive’s safety and well being. Both mentally, emotionally and physically.

P.S. If you found this e-course helpful, e-mail your friends
right now and let them know about it!