Standing just inside the door way, he immediately began removing his clothes as quickly but as gracefully as possible. He knew she was watching his every move and he wanted to ensure everything he did was pleasing to her.

Once naked, he clasped the collar around his neck, clipping the leash onto the D-ring. Coming to his knees he, making sure to keep his eyes on her feet, he slowly raised his leash offering it to his Mistress. He waited patiently for what seemed likes hours staying a still as possible as he desperately fought every desire to get just one glance of his Mistress.

Finally he felt the weight of the leash in his hand ease, as a strong pull on his collar told him his Mistress was ready for him to follow. Coming to all fours, he allowed the tug of the leash and the allure of her feet to guide him.

She lead him down the hall, each door hiding an infinite possibility of devious delights. Today, she was heading to the main door at the end of the hall will purpose and a shiver ran up his spin. It transferred to the leash and his Mistress laughed without even looking in his direction.

“Today you are going to do all the work, while I get to relax.”

“Whatever you desire, Mistress.”

“Stop and open your mouth” she said in a strict tone.

He immediately obeyed without even thinking. Coming to instructional position on his knees, hands behind his back, eyes cast down, with his mouth wide open. The leather handle of the leash was stuff into mouth.

He gently closed his mouth down on the leash with his lips to hold the leash for his Mistress. Using his teeth might leave marks and he wanted to treat his Mistress’ gear with respect and appreciation.

He waited patiently to please his Mistress, his Owner, his muse. He desperately tried to take in all the sights through his peripheral vision, and inhaled all the different aromas that floated through the air. This was his fantasy theme park of pleasure. The only place where he could truly be himself, where he could be fully owned, fully submissive, fully captured by her.

She curled her finger and coaxed him further into the room. He remained on all fours, subservient and submissive as he crawled towards her. He would not do anything else unless she commanded.

“Yes, Mistress” He muffled as he kept the leash in his mouth, his gaze mesmerized over her thigh high black leather boots. His cock throbbed, as pre-cum dripped from the head of his tiny cock.

Red and bristled carpet was slightly hard on his knees. The rug burn was a familiar and welcome feeling and he soon found himself at coffee table.

“Slave, you are not able to control your impulses, are you? You are not strong enough to know how to behave, and thus you must be taught by Me, your Mistress.”

His heartbeat quickened, his body felt flush and he started to sweat in anticipation.

“Bend yourself of the table and close your eyes.”

He slowly placed his chest and head down on the table as he remained on his knees. As he did, he let the darkness of his eyelids carry him away from his own desire. All he could feel was her body getting closer and closer to him. 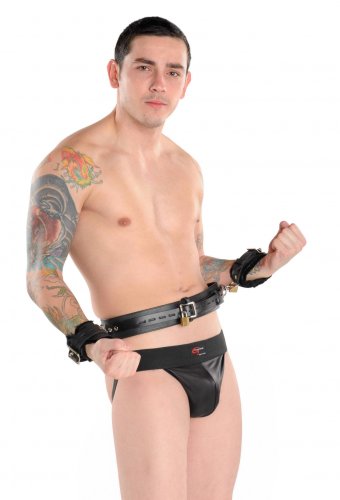 A clinking sound, then a smooth strap wrapped around his waist. He recognized the belt, the one that had a lock at the front to keep him reminded of who owned him completely. Attaching a cuff on each wrist, his arms will immobilized to his waist. There was no give, no space, no way to escape unless with her help.

But she didn’t help. She let him linger.

He separated his ankles to give his Mistress full and complete access to her slave body. While his legs were not bound, he knew this was her favorite position and that was where he needed to keep his position.

“Good, pet. Good.” He could almost hear her smile, but with his eyes still closed, he was not about to look.

With a quick move, she slathered some lube across his cock. Her touch was surprising yet firm. And before he could start to get aroused even more, he felt a large sleeve being slipped over his skin.

It was huge, he could tell from the weight that caused him to hang down from the chair. He almost moved to adjust the weight, but he knew that would be forbidden.

“Can you feel me touching you, pet?”

He could tell she was stroking the sleeve, but he could not feel anything. 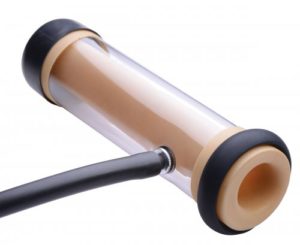 “Good, you don’t deserve My touch after last time do you?”

“Yes Mistress, as you command.”

“We need to make up for the last time you came without My permission.”

He remembered how disappointed she was in him. How ashamed he was for not being able to control himself. She had left him covered in his own cover to think about what a pathetic lil pet he was.

She continued to stroke the penis sleeve, again and again, and while he wanted to feel her hands on his skin, he knew he didn’t deserve it. With his eyes closed, he could picture her taking the sleeve off and putting him deep inside of her.

But she was calculating this.

With the flick of a switch the sleeve covering his cock sprang to life. It form perfectly around his cock as it tugged on his shaft. Just as suddenly the sleeve let go sliding back up his fast. On and on this continued, he felt as though his cock was being sucked and sucked again and again. The pleasure was so intense he didn’t even notice the machine pumping away. As the sleeve was taking in his whole member and causing the waves of ecstasy to flow through his body.

She teased his body by speeding up the sucking motion bringing him close to orgasm and just as he started moaning and rocking with the motion, she would slow it down.

“No Mistress, not without your permission.”

“Good because I’m just getting started. Try to spread your ass cheeks with your hands”

He desperately struggled to do as she commanded, with his hands bound it was a pathetic attempt and she laughed as she watch. With his ass as wide as he could manage, he heard a squirt and felt the cold lube as it landed on his asshole. His Mistress massage the lube around his asshole and slide one and then two fingers into his anus so he was ready. 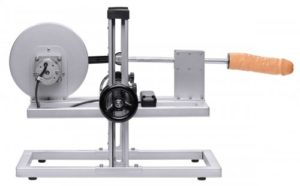 He did as she commanded, to see his Mistress’ face just inches away from his.

“I told you, you didn’t deserve My touch today and that you were going to do all the work.”

“Let’s get you working.”

He turned his face to look at her and saw her relaxing in her Goddess chair with her feet up. She had a grin on her face and was clearly amused at this struggle. She played his body through the controls like a master musician would play their instrument. Speeding them up and slowing them down depending on his reactions and sounds. His body being used for her amusement, and all he could do was take it as he struggled against his bondage.

“Don’t you dare try to forget who you are serving.”

His pleases quickly turned to pathetic little whimpers as his Mistress looked on in amusement and smiled.

With that his whole body let go of days of tension. Everything came flooding out as he screamed “Thank you Mistress.” Before finally collapsing on the table completely spent and exhausted.

When he came too, his Mistress was standing over him “You were successful, pet.”

He smiled before collapsing into a heap on the floor. Happy to have pleased his Mistress.

A Story By,
Mistress Sophia

Make Them Quiver In Your Presence

Has your lover been naughty? 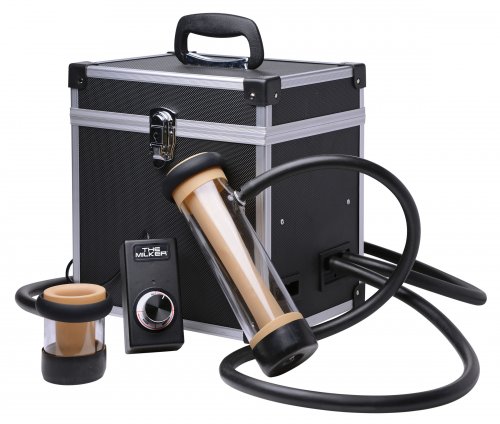 Designed to do all the hard work for you 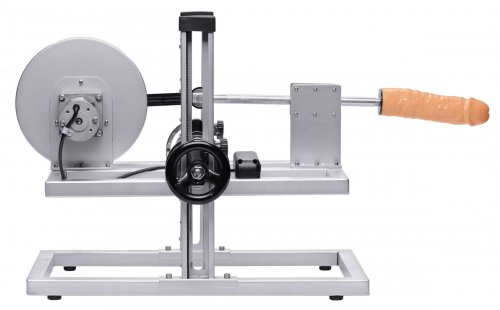